When Sarah Taborga changed the topic of her film school thesis at the last minute, it could have led to disaster. Instead, she found an empathetic, nurturing community in San Francisco State University’s Queer Cinema Project (QCP). Now that thesis project — the documentary “Dear Queer Dancer” — airs on PBS’ “The Latino Experience” on July 6.

“Being able to share my film in its different iterations with a group of peers who have deep lived experience and a synergy with the content I was making was actually the most supported I ever felt in the University,” said Taborga, who completed her MFA in Cinema in 2019. “Being in class, it can often feel that there’s a lot of pressure to know everything. There’s a lot of pressure to perform in a certain way, particularly as a master’s student. But in QCP, there was much more of a desire to help each other, a desire to learn and a desire to connect.”

Barbara Hammer (M.A., ’75) would have approved. A groundbreaking experimental film director, producer and cinematographer known for her raw, audacious depictions of lesbian life over five decades, she died in 2019 at age 79. QCP recently received a $27,000 donation from her estate and executor Florrie Burke, an international human-rights advocate and Hammer’s wife of 31 years. The gift is a match to a 2018 challenge grant from the Jonathan Logan Family Foundation, which made an additional $25,000 grant to QCP in 2018. The Hammer estate’s $25,000 endowment and $2,000 cash gift, in combination with the Logan Foundation’s grants, amount to $77,000 in support of QCP.

“The Barbara Hammer Award and the challenge grant fit within her vision of encouraging other artists and filmmakers,” Burke said. “The School of Cinema and the Queer Cinema Project are vital parts of the University. To support them is an honor and a testament to the beginning of Barbara Hammer’s long career.”

The combined donations will fund screenings and events with visiting queer filmmakers, the promotion of QCP’s online platform for student films, yearlong mentorship cohorts and the annual Hammer Award, a $1,000 scholarship.

“Even in 2021, it’s tough to be queer. We almost always grow up in heterosexual families, many of whom are not supportive of us,” said Associate Professor Johnny Symons, director of the Queer Cinema Project. “By making films, students learn to tell their own stories in authentic ways. Finding your voice is empowering. QCP helps those student films find larger audiences, which advances the careers of the makers and inspires other young queer people to tell their own stories, too. It’s a critical cycle for expanding equity among young queer people and showing non-queer people the complexity and nuances of our lives.”

While LGBTQ students have long excelled in SF State’s School of Cinema, they have elevated their game through QCP. Students have made more than 80 LGBTQ films since the project’s founding in 2015, winning three Princess Grace Awards and many honors at professional film festivals. In 2019, three newly minted MFA alumnae — all lesbians — secured full-time tenure-track faculty positions immediately upon graduation.

“For a such vulnerable art as filmmaking, having a space like QCP is integral to the success of LGBTQ filmmakers,” Taborga said.

To make a donation to the Queer Cinema Project, complete the online form or contact Amanda Todd in the Office of University Development at amandatodd@sfsu.edu or (415) 405-3827.

Founded in 2015 to provide mentorship to LGBTQ student filmmakers, the School of Cinema’s Queer Cinema Project is a creative hub for queer storytelling. It helps bring to light new and meaningful films portraying the beauty and complexity of LGBTQ experiences. Unique among film programs worldwide, the project provides students with funding for productions, connections to community resources, a regional and global platform for their work and an annual screening of student films. 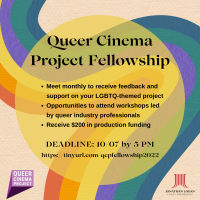 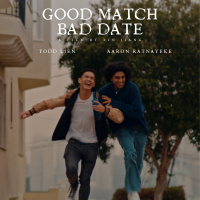 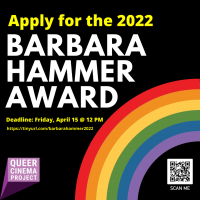 Apply for the 2022 Barbara Hammer Award 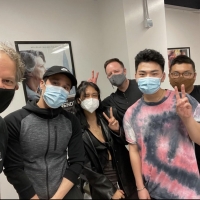